Budapest, 15 July 2022 – BKK Centre for Budapest Transport along with Csepel Zrt. have significantly expanded the vehicle fleet of the MOL Bubi public bike system. The number of available bikes is expanded with nearly 200 brand new bikes, whose first version is already on Budapest’s streets. 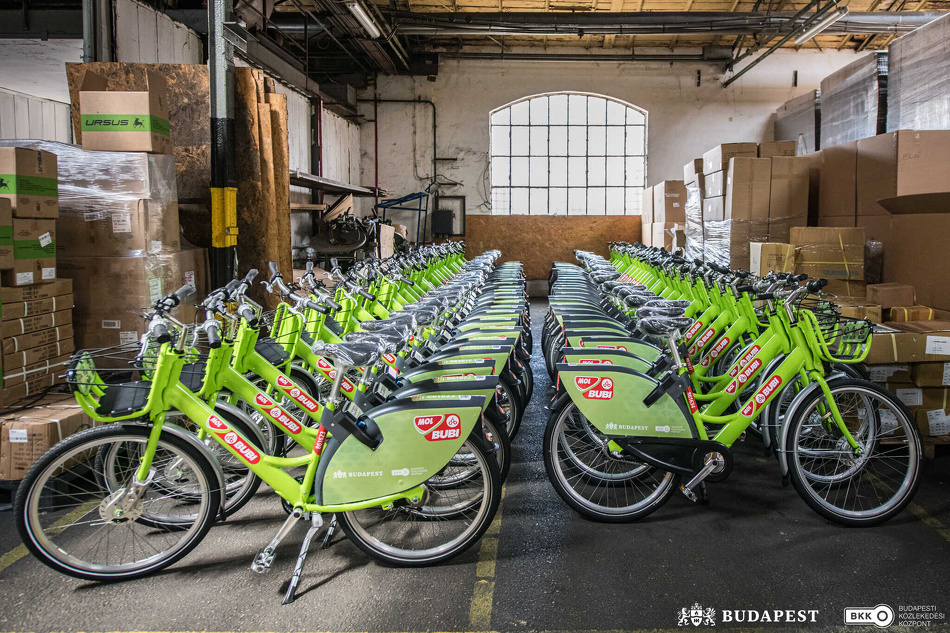 The Csepel Zrt. handles this project as a priority also during the summertime, this is the reason why the factory has worked with full capacity on the manufacture of bikes. Dozens of bikes have been put in service and in place at docking stations, while the rest of bikes will be gradually put in service in the upcoming days. However, BKK not only develops the service with hundreds of brand new MOL Bubi bikes in 2022, but expands the system’s service area to meet the needs of Budapest’s residents and also makes the docking station to be found at Podmaniczky tér available again soon.

The expansion of the service is required, as the public bike service has been highly popular among Budapest’s residents since its renewal in 2021. The MOL Bubi public bike system has been breaking the record, reaching a significant milestone in May, by the passenger number equaling to two million by May and ever since it has exceeded even the two and a half million. In the past months, the daily passenger number was more and more often over 13 thousand, and in May and June there were days when bikes were used even more than 14 thousand times, which is considered to be a record. Bikes were used on an average basis in June over 12 thousand times.

The reason behind conscious use of MOL Bubi bikes

MOL Bubi bikes can be picked up smoothly by the code scanner and even by entering into the app the 6-digit numbers to be found on the rear side of the bike or under the bike’s seat tube. The smart lock to be found on the rear side of the bike opens automatically, with a loud click and after the beep sound you can start riding. Similarly to the bike’s pick-up process, it is important that bikes can be closed solely at docking stations, except for their parking, which is required to be started in the app. Upon closing the bikes, the blue lever of the smart lock is required to be pushed all the way down until it clicks and a beep sound will signal when the lock has been successfully closed.

BKK would like to kindly recommend in all cases that MOL Bubi users check the status of their bike rental in the app, where they can see whether or not the rental has started and the bike has been returned successfully.

Based on its customers’ feedback, BKK Centre for Budapest Transport is trying to do its best to meet the continuously- growing demands and also to provide a sufficient number of bikes at docking stations. To this end, it is required that bike riders return the MOL Bubi bikes only at the designated MOL Bubi docking stations.

It is paramount, as bikes left all over in the city, instead of at their designated docking stations are indicated as “missing from the system”, which could pose a problem on the user side as well as in terms of operation and the city’s landscape. For the benefit of customers, the system warns users via push messages and e-mails that bikes are required to be returned as regulated by the rules. In case the MOL Bubi bikes are left at some spot other than a docking station, a delivery fee of HUF 5,000 is required to be paid. The reason why the delivery fee has been introduced was to prevent the incorrect bike use, and not to impose fines on users.

Please find information and also the video here on the correct use of the MOL Bubi bikes.

Mobi-points are not identical with the MOL Bubi docking stations

Please note that the Mobi-points inaugurated at the end of May are not identical with the MOL Bubi docking stations. The reason why the network of the Mobi-points has been established is to contribute to safe transport, to the elimination of the “scooter chaos”, a.k.a to a more structured urban landscape. At MOL Bubi docking stations, the MOL Bubi bikes can be returned, while at Mobi-points passengers can return micromobility devices, such as privately-owned bikes, scooters and their electric versions.

Please check the available and active MOL Bubi docking stations at the website and also on the map to be found in the app. 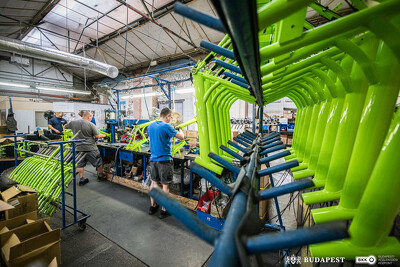 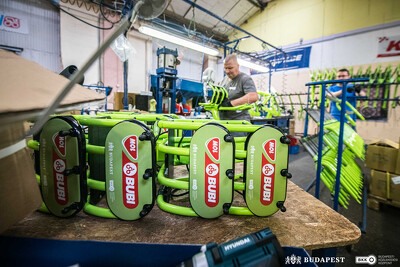 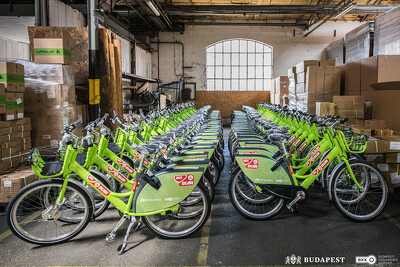