In the course of the population census as of 2011, a number of circa 73,000 persons with different types of disabilities were living and working in Budapest, and also used Budapest’s public transport services and public spaces as much as they could. In Hungary, the population number of persons with different types of disabilities has reached 490,000. Considering the fact that also family members and accompanying persons travel together with disabled persons, the issue of accessibility could affect an even higher number of passengers.

Why is it a key aspect that pedestrians should not face transport barriers?

Development of transport infrastructure is not only the interest of persons with physical impairment, anymore. We must take into account also passengers with prams or any rolling luggage, persons with sensory impairment, seniors who get around with difficulties and children to the same extent. In view of this information, it can be declared that accessibility of pedestrian routes have an impact on millions of passengers.

In the course of the design process, if we take into consideration not only the standards but also the demands of the society’s certain groups, it will not conflict with the interests of the majority. On the contrary, these possibilities imply an extra comfort function for everyone, Such as,

Accessibility-related developments made by BKK so far

Textured pavement surface patterns, such as striped and dotted tactile signs can often be found at stops and ahead of pedestrian crossings, which assist the mobility of the blind and visually-impaired persons. When refurbishing pavements, intersections and stops, BKK places tactile indicators on the road surface to help the mobility of persons with visual impairment.

In Budapest, there are currently such remotely-controlled traffic lamps installed at hundreds of pedestrian crossings, which switch to the audio mode, only when the visually-impaired persons switch on the device by their remote controller.

Please find the list of the audible traffic lights here.

When refurbishing and constructing pedestrian crossings, BKK pays particular attention to creating lowered curbs or curb ramps , providing easier access for wheelchair users, parents with prams, the elderly and road users with reduced mobility. During the refurbishment works of roads, BKK applies lowered curbs with the proper tactile elements at each transport junction and intersection.

We truly believe that issues can be solved solely jointly with persons who are affected by the issues in question. Thus, in case of certain projects BKK has tightly cooperated with stakeholders both during the preparatory and consultation periods, which represent interests of persons with special needs. Among others, with the following institutions:

BKK has participated in the INCLUSION Research and Development project, which aims at the improvement of service provided to customers with special needs. BKK utilises the Training Material compiled in the course of the project in the trainings of staff working at BKK Centre for Budapest Transport and at The Budapest Transport Privately Held Corporation (BKV) who often get in work-related contact with customers.

Furthermore, BKK takes part in the DANOVA Research-Development project started on 1 July 2020, which aims at the assistance of the blind and the visually-impaired persons access international transport hubs.

We are quite aware of the fact that there is still a long way to go in the accessibility of Budapest’s transport network. Developments are never ever slowed down by intentions, but primarily by the funds-related need in the amounts of millions of serious technical challenges and certain interventions. Yet, BKK’s experts are doing their best on a continuous basis to achieve as soon as possible the goals set jointly.

Primarily, vehicles were in the focus of the comprehensive accessibility-related assessment made previously. In the future, such an assessment will be required, which will examine also the compatibility of vehicles and stops. Besides,

During the reconstruction works of metroline M3, BKK must strive to achieve that platforms at all stations could be accessible. Accessibility of platforms at stations along metroline M3 can be realised either by the installation of lifts or by the creation of routes that can be more and better used compared to the currently-used ones.

During the reconstruction works of metroline M2, the accessibility of its deep-level stations were not realised. Assessments were analysing the usage of slanting lifts in operation at certain stations during the reconstruction works being in process on metroline M3 and also the construction of lifts providing direct surface connection. Accessibility of one station each could cost billions HUF, depending on the applied method. Our objective is to seek funds that can be granted for accessibility-related developments.

It is a paramount importance for BKK to take each and every demand and need into account and also to get notified about accessibility-related issues from our customers. Therefore, we are more than happy to receive your suggestions and opinions on accessibility that you can drop, by sending an e-mail to the e-mail address: bkkbkk.hu or by sending a mail to the postal address: 1075 Budapest, Rumbach Sebestyén utca 19–21., HUNGARY

Currently, over 90% of the buses running in Budapest are low-floor vehicles. At night and during daytime on every weekend only low-floor buses are in operation in Budapest.

The departure times of low-floor vehicles are underlined in the timetables to be found at BKK’s website (except if all buses are low-floor on a given route.) 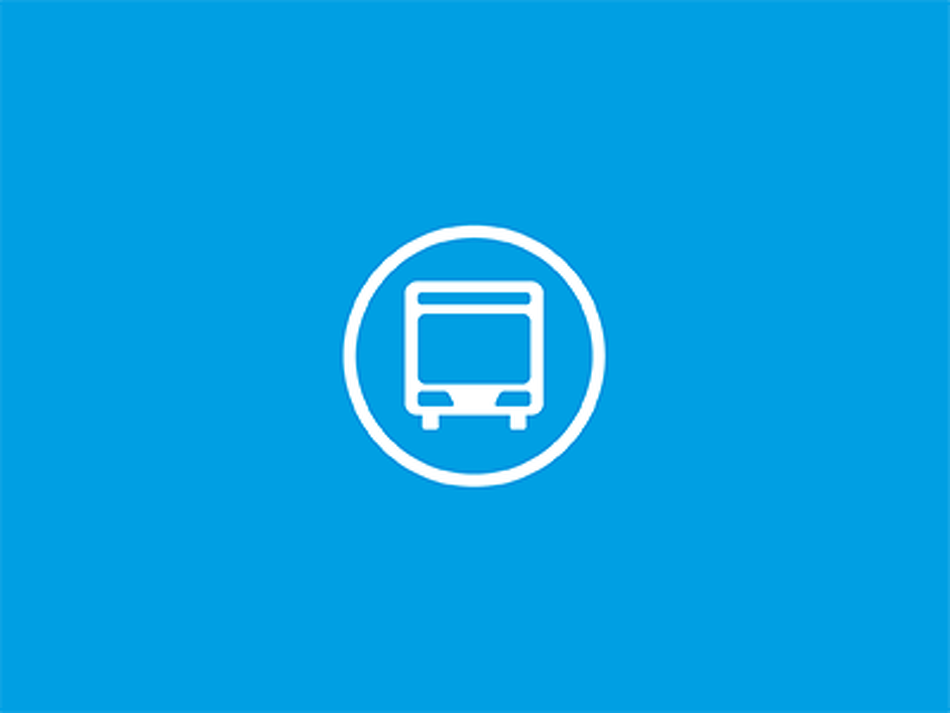 On information boards, you can read the following explanations:

Transporting one wheelchair is possible on board the following Telebuses:

Wheelchair users and parents with prams can board also low-floor buses through the door indicated with a pictogram leading to the designated area where the wheelchair can also be secured.

Accessible lines are marked by pictograms.

BKK’s downloadable journey planner application available at go.bkk.hu displays the quickest and, if required, accessible routes by tracking the exact location of vehicles and considering the actual transport situation. By clicking on the icon of a vehicle, it can be learnt whether or not a vehicle is a low-floor vehicle.

Accessible transport has improved a lot city-wide, due to the new buses that have been put into service and also due to the reorganisation of their operation on different lines. Yet, persons with physical disability still face difficulties when getting around. Currently, over 90% of the buses are comprised of low-floor buses, therefore it is a legitimate question to ask: what will happen to the rest of the 10% of buses? Since until there is still one single high-floor bus service operating in the city, which persons with physical disability cannot use independently and conveniently, without the help of fellow passengers, we cannot be satisfied.

In line with the objectives of the Budapest Mobility Plan, 100% accessible public transport services can be realised in accordance with a scheduled program after a comprehensive accessibility review has been made.

Fixed-rail public transport vehicles have always played a significant role in Budapest’s transport, due to their efficiency, as metrolines and tramlines are able to carry a big number of passengers without making road transport slower to a reasonable extent. As Budapest’s transport is unimaginable without the fixed-rail lines, BKK is doing its best to operate only accessible vehicles on the routes of metrolines, trolleybus lines and tramlines and also to establish barrier-free stops and stations. 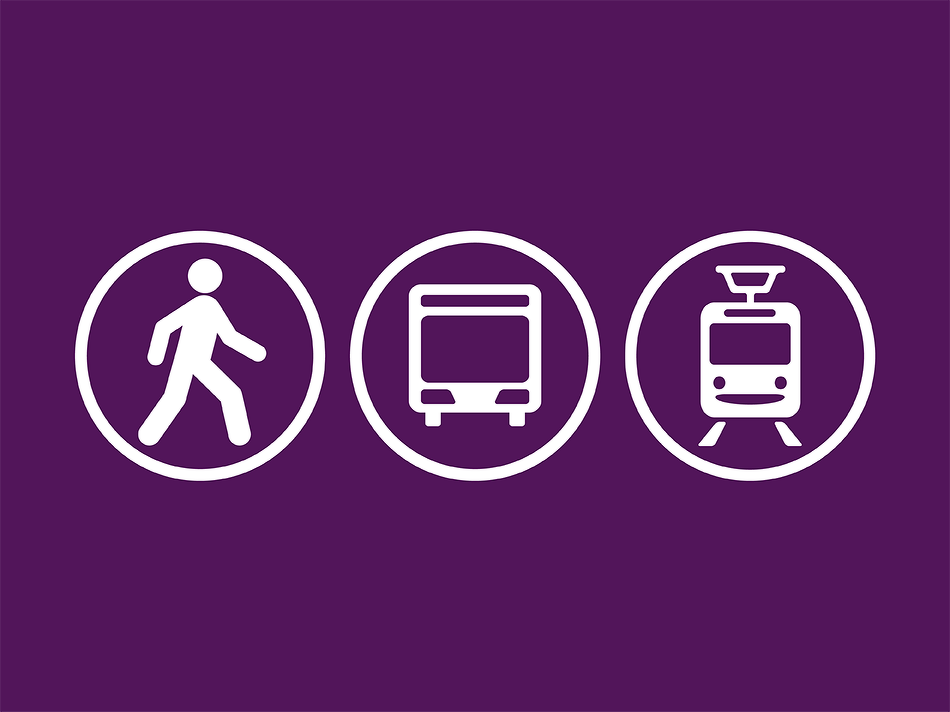 Currently, low-floor vehicles are in service along approximately 30% of the tramlines running in Budapest and circa 2/3 of passengers use tramlines on a daily basis. We are doing our best to make improvements also in this field, thus in the framework of public procurements, we purchase only low-floor vehicles and also develop tram stops on a continuous basis, in order persons with physical impairment could be able to access both the trams stops and also low-floor vehicle.

Currently, there are two types of low-floor trams operating in Budapest:

On both types of the trams there are dedicated spots for wheelchairs and prams, which can be also fixed. On tramline 1, only accessible trams are in service at weekends.

There are low-floor vehicles operating on every single trolleybus line, whose departure times are underlined in the timetable (except if all trolleybuses are low-floor on the given line).

Occassionally, the following explanations are indicated on the timetables:

Wheelchair users can use the middle door to get on and off the low-floor vehicles and fix their wheelchair.

Only low-floor vehicles are running during every daytime on the following trolleybuses:

Only low-floor trolleybuses are running along every line at weekends.

BKK is doing its best to help passenger get around easily: not only timetables are available to check when low-floor vehicles are in service. The journey planner available at the website: go.bkk.hu can be downloaded also to any smart phone. BKK’s downloadable journey planner application available at futar.bkk.hu displays the quickest and, if required, accessible routes by tracking the exact location of vehicles and considering the actual transport situation. By clicking on the icon of a vehicle, our customers with physical impairment can learn whether or not a vehicle is a low-floor vehicle.

It is of paramount importance that every single passenger could use Budapest’s public transport services equally - under equal conditions. BKK would like to kindly ask customers to do their best to help persons with physical impairment, seniors and parents with prams, if necessary.

BKK is pleased to receive every suggestion, observation and complaint in relation to accessible transport, passengers’ safety and satisfaction. We welcome your improvement-related suggestions to the e-mail address: bkkbkk.hu