Budapest, 27 January 2021 – BKK ticket inspection staff will be equipped with body-worn cameras in the future, which will make possible the assessment of the level of professionalism of the revenue protection process as well as the tracing of work-related insults the inspectors face. As a first step, ticket inspectors will be testing the devices of several different manufacturers on selected transport routes in the capital from 28 January 2021 onwards. The presence of body cams have a deterrent effect, which might have prevented the unfortunate incident of this Monday, when three inspectors were attacked while on duty. 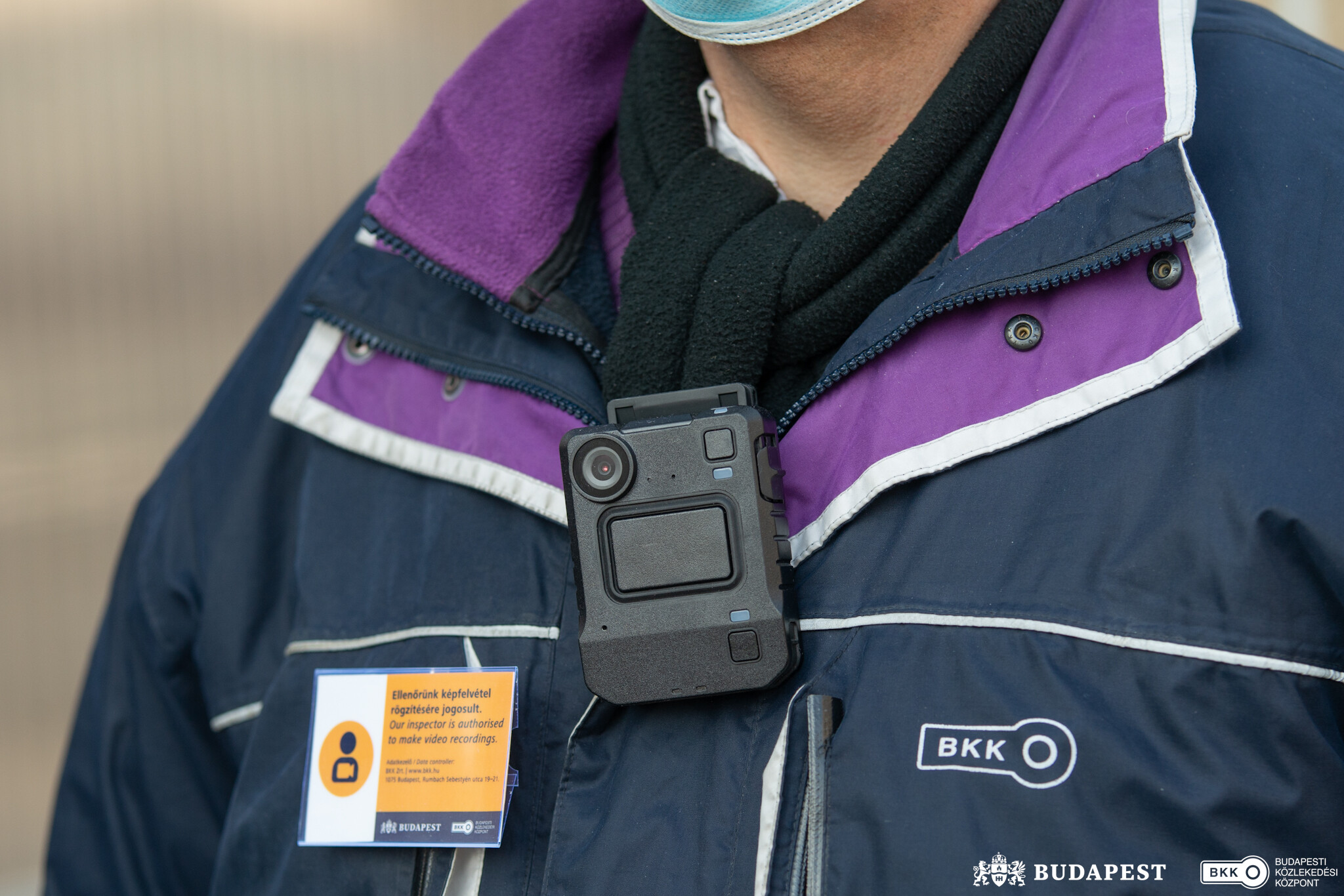 In the past few years, there were a number of cases when the reasons of a conflict situation between a public transport user and BKK inspection staff were hard to establish subsequently. The recordings made by body-worn video cameras will from now on serve as clear and objective proof in the retrospective investigation of such cases. Several actors of the transport sector in Hungary are currently using body cams, and they have had positive experience with them so far. From 28 January, BKK will no longer be an exception: during a 30-day pilot period, ticket inspectors will be testing the equipment provided by three different international manufacturers on key transport services including tram lines 1, 4 and 6, as well as on metro line M1. Thanks to the body cams, inspectors’ professional activity and incidents affecting them will be traceable.

It is worth knowing that there are some 30-50 attacks against revenue protection inspectors on public transport in Budapest in a single year. The last such incident occurred just this week, on Monday, 25 January: three inspectors were attacked and injured on tram line 1; the police are already dealing with the issue. BKK expects to see a decrease in the number of such and similar situations owing to body cam use, since customers will be dissuaded from committing such actions by being made aware of the fact that a video recording would be made or by simply seeing the body cams.