Social responsibility is a key part of BKK's operating philosophy and corporate culture. In addition to the legal requirements, the company demonstrates an ethical and solidarity-based behaviour on a voluntary basis, and is committed to equal opportunities.

We consider it crucial to raise awareness of important social issues in cooperation with civil society organisations. Ever since its founding, BKK has participated in a number of campaigns and events to support its partners. 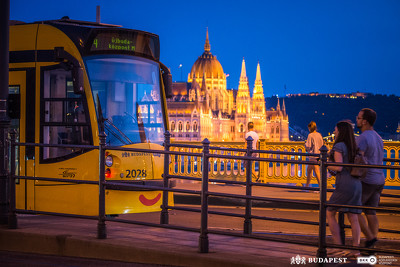 On 5 September 5 2018, our one-month campaign entitled “Even the Tram is Smiling” was launched, with which we aimed to promote the Smile Foundation (Mosoly Alapítvány). This foundation has been providing emotional support to seriously ill children through free therapy sessions for more than 20 years now.

The goal of the “Smile Therapies” is to enable children to process the trauma caused by their illness, to be ready to receive hospital treatments, and to begin the process of physical healing stress-free and emotionally strengthened. A disease can make everyone vulnerable, especially a child.

During the campaign, donations could be made at collection boxes at BKK Customer Service Centres to help sick children recover through the foundation. The work of the Smile Foundation was highlighted by the BKK Smiling Siemens Combino Trams. Thanks to the large amount of positive feedback received for the campaign, the Combino trams operating on the Grand Boulevard have been smiling at you ever since. 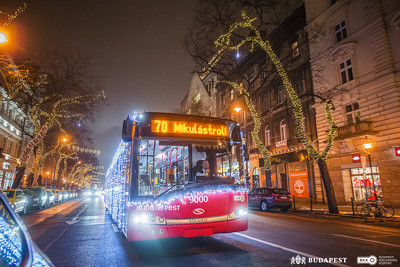 One of the newest, environmentally friendly and low-floor Solaris – Škoda trolleybuses named Santa’s Trolleybus (Mikulástroli) was launched in Budapest in 2015 for the first time during the festive season before Christmas. You can donate gifts on board to Santa Claus which will be sent to the families in need.

BKK started helping disadvantaged families with the gift-collection campaign by cooperating with the Santa Claus Factory (Mikulásgyár) and then with the Hungarian Baptist Aid’s Christmas Shoe Box Project.

As part of the campaign, in addition to children being able to travel with Santa and his assistant, you can leave gifts, donations and toys on board that BKK will then send to disadvantaged families.

It is now a tradition for BKK to surprise its passengers on the occasion of Children's Day. At the Children’s Day weekend, children’s recorded voices announce the stops on board, or excerpts from poems can be heard. In 2018, excerpts from children's poems were heard in the voice of children from the Cseppkő Children's Home, and in 2017 the voice of the children from the National Institute for the Blind surprised passengers on tram lines 4 and 6.

BKK provided a Solaris-Škoda trolleybus for the Rehab Critical Mass event – the march of people living with disabilities (persons with reduced mobility due to physical, visual, hearing, speech or mental health impairment) and their supporters. A low-floor trolleybus allowed all participants to travel the distance of the demonstration from the starting point of Clark Ádám tér. The aim of the event is to improve the quality of life of people living with disabilities and to help their social integration. 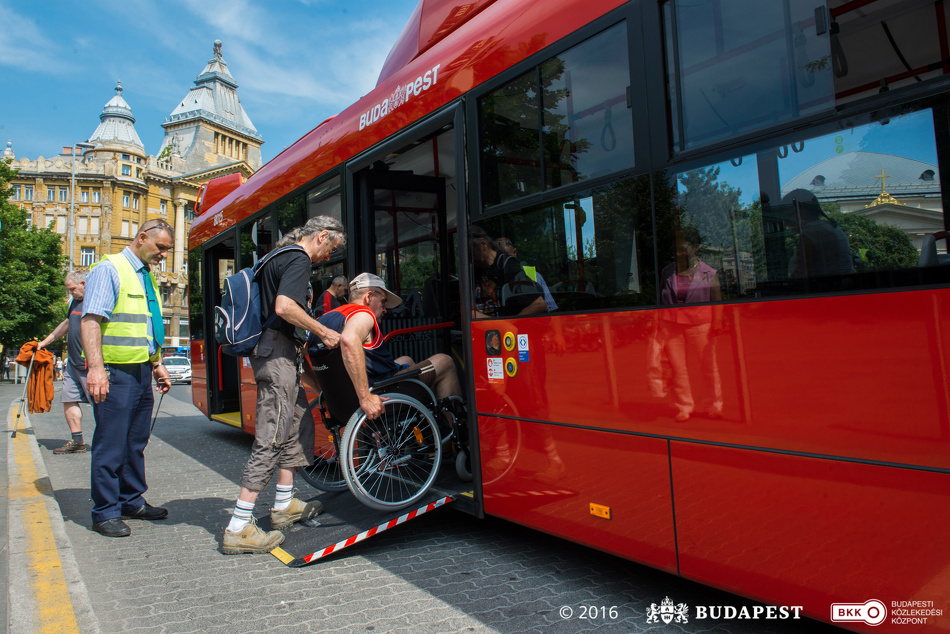 On World Lymphoma Awareness Day, members of the Hungarian League Against Cancer crossed the city on the apple-green bikes of MOL Bubi with the aim of drawing attention to the disease, its symptoms and early diagnosis. You can see our photos of the cycling procession, that took place between Szent László Hospital and the National Institute of Oncology, here.

In 2018, the staff of the St. Bernard Guide Dog School held a sensitivity training in the bus garage of BKV in Óbuda. The bus drivers of BKK’s service providers and the ticket inspectors learned the most important information about the transport of visually impaired people traveling with dogs on high- and low-floor buses. Showing great interest, the companies will continue to cooperate with the foundation, extending the training to tram and trolleybus drivers. 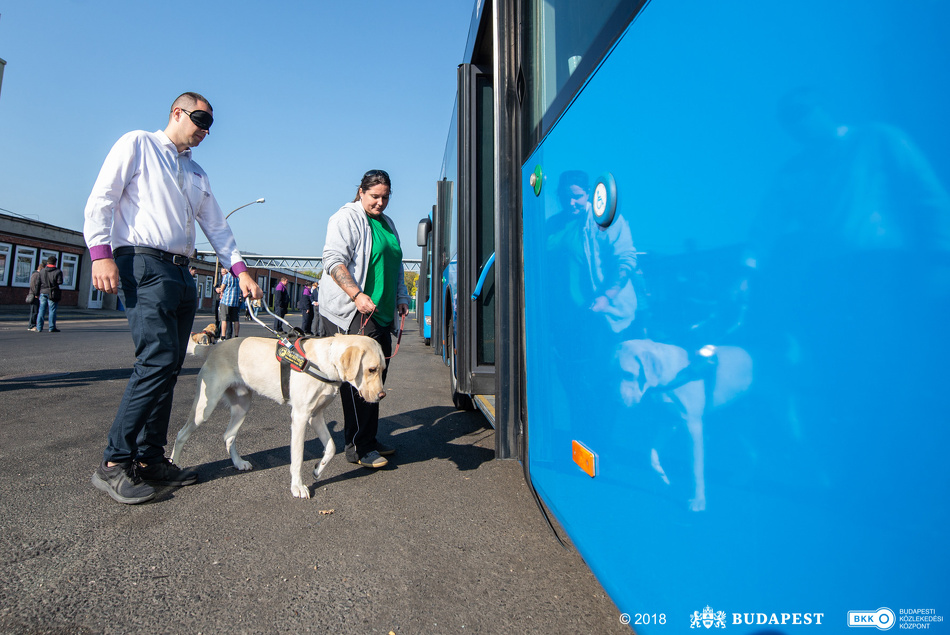 International Day of Persons with Disabilities

On World Day of People with Disabilities, 3 December 2015, BKK participated in the Adopt a Teddy Bear Charity Auction. In addition to the childhood toys of celebrities, BKK's teddy bear, Bernát, was sold at the auction for HUF 300,000 (courtesy of Hori-Zone Kft.), which was spent by the Adopt a Teddy Bear Foundation to create jobs for those whose work capacity has changed.

The Day of Transport Culture

The aim of the Day of Transport Culture is to be a day of cultured transport every day of the year, which BKK has joined several times as a partner. The mission of the event is to widely disseminate safety and environmentally conscious transport behaviours, to involve residents who are receptive to civilised and cultured transport, and to present and raise the standard of a tolerant, partnership-based transport culture. We drew attention to the importance of cultured transport through sound-based passenger information and other promotions.

As part of BKK's social responsibility, our employees also participate in the company's activities in these matters. 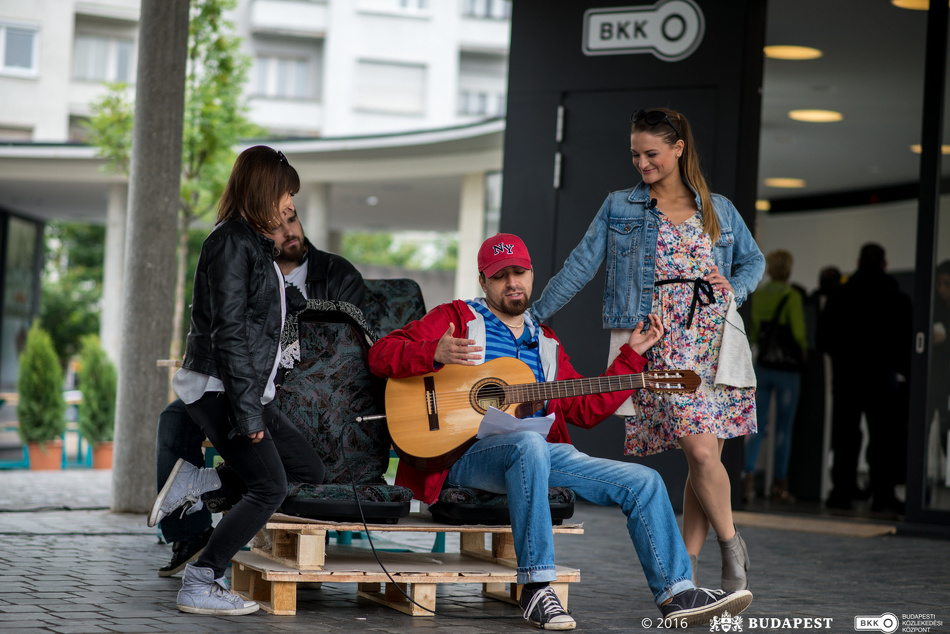 TeSzedd! - Volunteering for a clean Hungary

TeSzedd! - Volunteering for a clean Hungary is now the largest volunteer movement in Hungary. In 2019, BKK joined this national event, in the framework of which our colleagues cleaned Széll Kálmán tér and its surroundings. BKK employees were also assisted by volunteers from the JÖN Foundation who work for a healthier and cleaner environment, and with whom they mainly collected cigarette butts, chewing gums and small scattered waste in the area. 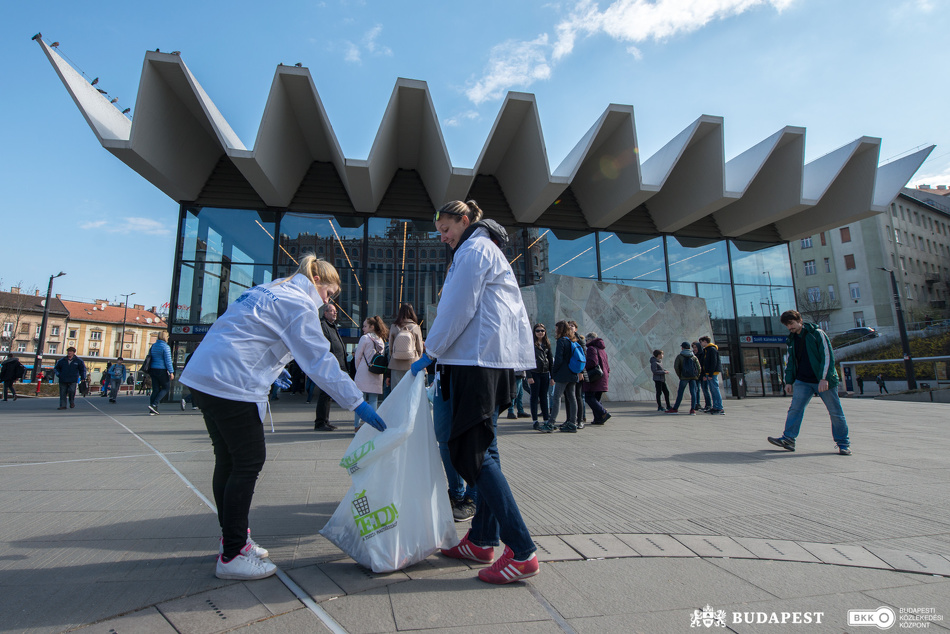 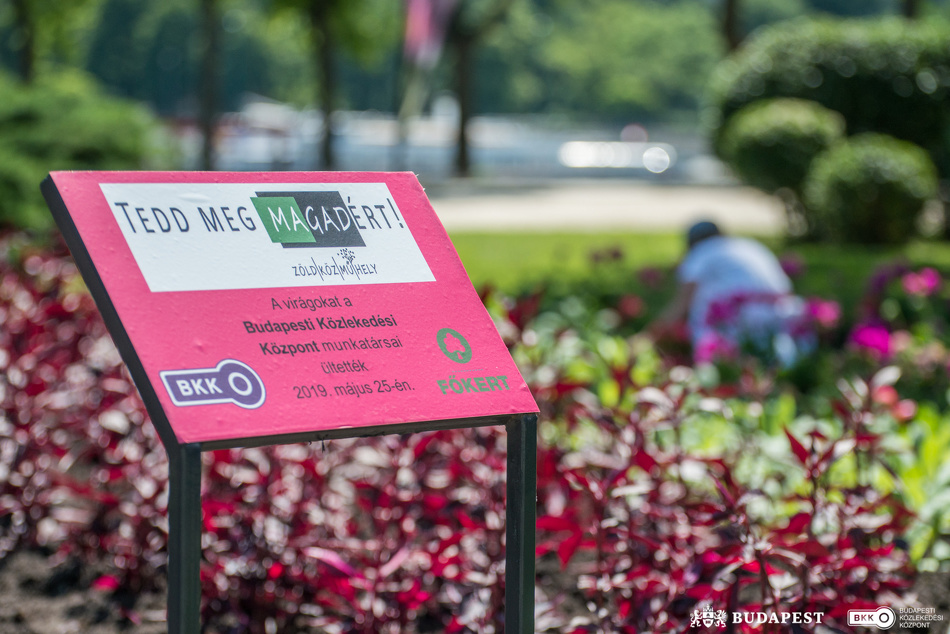