Hungary’s first passenger transport ropeway has well deservedly become one of the most popular attractions of the capital city. The Chairlift has transported visitors to János-hegy, the highest peak in the city, and back since 1970, on a track length of 1,040 metres covering a 262 m difference in elevation, in about 12 minutes each way. The 2,600-metre-long cable has 102 hanging double-chairs.

The Chairlift in the Zugliget neighbourhood of the Buda Hills was opened on 20 August 1970. István Hantos Jr. prepared the construction plans for the aerial lift based on a German example, but realisation never happened due to the Second World War. The wire ropeway was the most practical solution to take tourists uphill, thus providing a travel option of a few minutes to János-hegy as opposed to a long walk of at least one and a half hours from the nearest tram line or from the cogwheel railway. A decision was made in the end in 1967 by the council of Budapest District 12 and several different designs were proposed regarding not only the location of the terminuses, but also whether hanging chairs or cabins should be used. The final plans were implemented according to the concepts of the Road and Railway Planner Company (UVATERV).

Construction started on 24 March 1969. The special wire rope and chairs were imported from Austria, but whatever was possible was manufactured in Hungary. The National Mining Machinery Manufacturer Company was the main contractor of the construction, while the Coal Mining Company from the city of Tatabánya produced the steel pillars.

A competition was launched to name the ropeway, which in itself was a major boost in the project’s popularity. The original list of proposed names contained a few remarkable ones, such as Hill-copter, Space Bus or János-hegy Hummer. The winning entry was “Lebegő” (Hovering thing), from which the current Hungarian name was created.

The structure of the Chairlift is regularly checked, and if needed, bearings and wheels are replaced, the stretched rope is shortened. An extra power supply is available as a back-up for the electric engine moving the rope in case of power failures. There have been no accidents on the line, so the Chairlift can be considered the safest means of transportation in Budapest.

The surroundings of the upper station of the Chairlift on János-hegy peak is being renovated and upgraded: a leisure park was set up with mobile pavilions and a wheelchair-accessible look-out point was created at the terrace of a former restaurant.

How to get to the Chairlift

The upper station is accessible by taking buses 21 or 21A from Széll Kálmán tér to Normafa and then walking from there on the footpath for 20-30 minutes.

Alternatively, a short walk through the forest from the János-hegy or Virágvölgy stations of the Children’s Railway will take you to the top station. 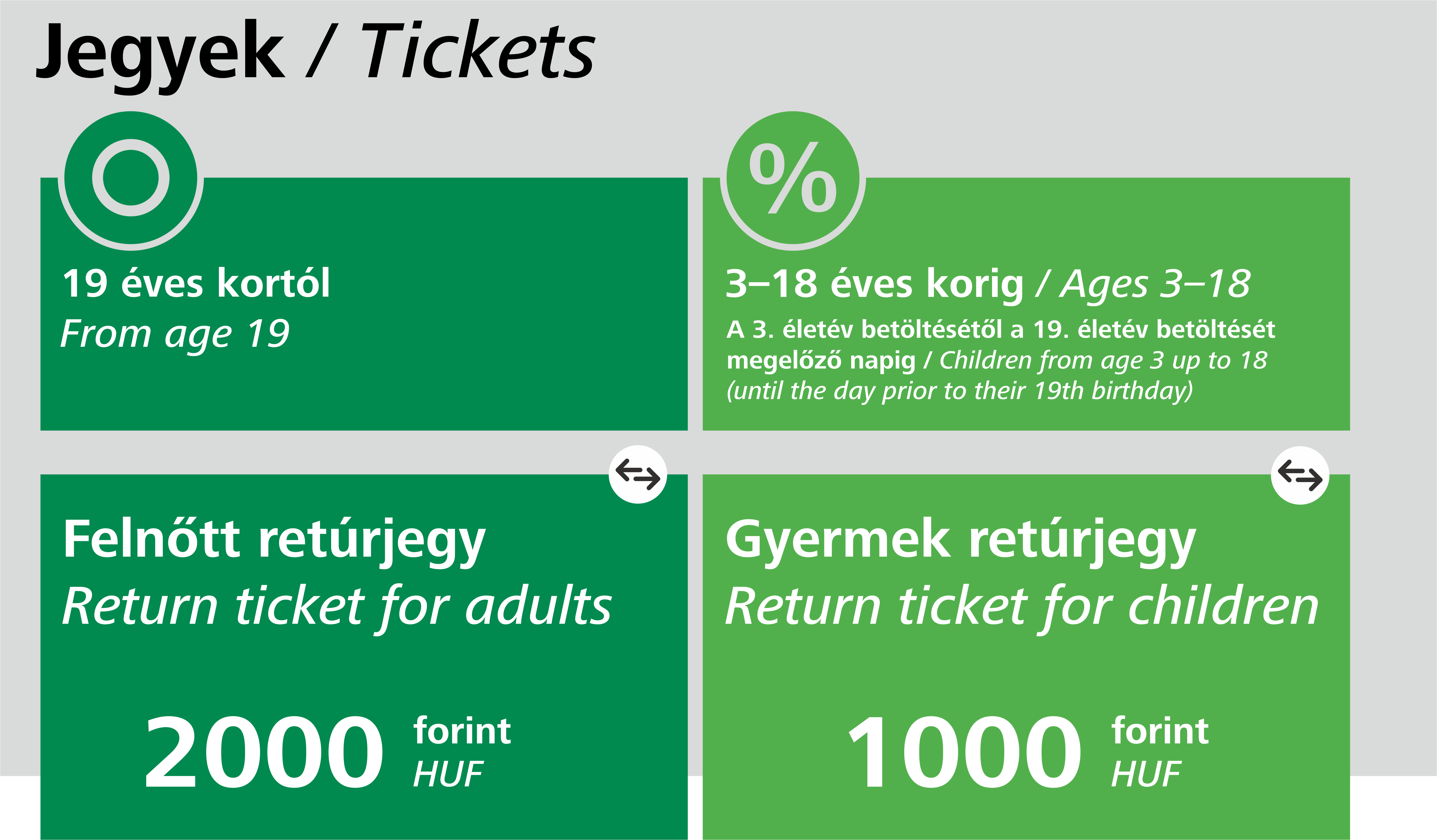 Please note that in possession of the BudapestCard and BudapestCard Plus, you are entitled to free travel on the Zugliget Chairlift in both directions. You can get access to your Chairlift ticket at the buffets to be found at the stations of the Chairlift down in the valley and up on the hill.

The Zugliget Chairlift is to be used in possession of a valid Chairlift ticket to be purchased either on the spot or at the TVMs of the Chairlift operated by BKV Zrt. or at BKV Zrt’s contracted partners or at the Chairlift’s buffets. Please note that other tickets, passes, travel IDs and other IDs and certificates entitling to other discounts are not valid for the Chairlift.

Tickets are refunded only in the case of service disruptions or cancellation due to a technical breakdown, power cut or other external reasons (such as weather conditions not permitting safe operation).

In case the refund is partially required, due to this reason (a.k.a a one way-trip has been already taken), the 50% of the Chairlift ticket will be refunded by BKV Zrt. In possession of the valid Chairlift ticket, in case the given passenger cannot or does not wish to take the return trip on the day of purchase during the operating hours, s/he has the option to use it for a one-way trip within one year. Please note that in case the ticket is lost, it cannot be replaced.

The chairs on the ropeway are in constant motion, so extra caution is needed when embarking and disembarking. The safety bar of the chair must be fully lowered and kept in a lowered position during the whole ride.

Entering the closed-off technical service area is forbidden, therefore, passengers need to get off at both stations in all cases even if they have return tickets. Holders of return tickets must join the queue at the boarding area for the remaining part of the ride.

Transportation of live animals (e.g. small dog) is allowed only in a closed container not exceeding the permitted hand luggage size and requires a full-price ticket. The passenger transporting the animal bears full responsibility and must ensure that the animal remains in the container during the whole journey. Deviation from this rule is strictly prohibited!

At the stations it is forbidden to

While travelling it is forbidden to

The following persons will be denied travel