There are three valid types of the pass ID, the formerly issued types are continuously phased out.

To issue a pass ID, a good-quality, unused ID photo is required with an empty background, taken within one year, with a size not exceeding 3.5 ×4.5 cm. A printer and photo paper can also be used, but it is not acceptable if the photo shows additional objects or people. If the holder’s look has significantly changed, the replacement of the pass ID is highly advisable. A new pass ID must be issued in case the ID has been damaged to such an extent that the holder is no longer recognisable or if validity cannot be clearly determined. Replacement is subject to a handling fee.

In accordance with the official certificate on permanent or temporary residence in Budapest, those passengers are entitled to the Pass ID-parents with small children and to the pass for parents with small children who receive child home care allowances (GYES, GYET, GYED or CSED). In order to issue the pass ID and extend its validity date, a photo ID needs to be presented.

Certificates issued by the disbursement agency generally indicate the expected deadline of payment, thus in case they are presented instead of the resolution of the right to child care allowance, the date indicated in the Certificates issued by the disbursement agency is applicable. In case passengers are entitled to this pass but their IDs have expired, those can be extended but a certificate of entitlement has to be issued and renewed.

The following qualify as residential address in Budapest:

Entitlement to a pass for parents with small children (in addition to residence in Budapest) can be proved by presenting either the original certificate about allowances issued by the disbursement agency or the resolution of the right to child care allowance. Electronically prepared resolutions, disbursement certificates and verifications by an authority need to be printed out and presented for the administration process related to the pass ID.

1. Certificates in case of GYES or GYET allowances

In accordance with a specific legal regulation, the valid official certificate, which has not been revoked, issued for the proof of entitlement to pass discounts for parents with small children can be presented regardless of the date of issuance (until the payment deadline indicated on the official certificate).

2. Certificates in case of GYED or CSED allowances in case they are granted by the social security disbursement agency operable by the employer

The certificate about the given allowance or the disbursement certificate can be presented for a maximum of six (6) months calculated from the date of issuance.

The certificate cannot be accepted and issued and the pass certificate- parents with small children cannot be validated without the stamp on them.

The certificate about the given allowance or the disbursement certificate can be presented for a maximum of six (6) months calculated from the date of issuance.

The following data are represented in the certificate: 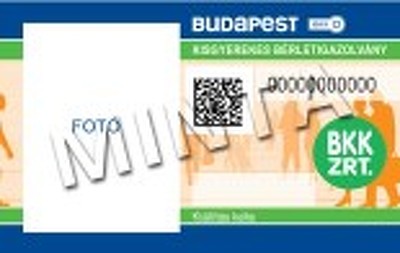 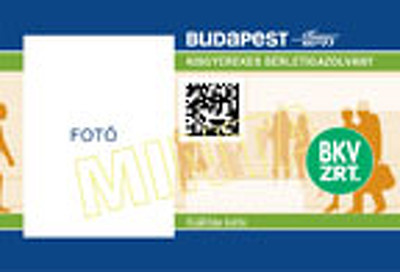 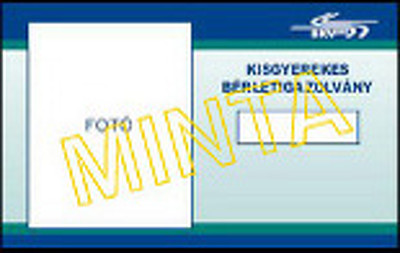