Decision finally made: BKK’s time-based tickets to be phased in from March

Budapest, 26 January 2022 – The General Assembly of Budapest has made a decision about the 30-minute and 90-minute tickets to be phased in and used from the spring in Budapest’s public transport services. These digital products can be used even for 60 minutes and 120 minutes, contrary to their names, due to their usage conditions.

In our previous press release, we already made a reference to the fact that the General Assembly of Budapest put the introduction of time-based tickets submitted by Mr. Mayor Gergely Karácsony on the agenda of the session held on 26 January. The body supported the mayor’s proposal, hence the time-based tickets to be used on BKK’s lines are expected to be available from March.

The time-based tickets firstly phased in Budapest’s public transport services are, as follows:

The price of a single ticket is HUF 350, hence the 30-minute ticket would be more profitable for passengers transferring at least once between lines or taking a round trip by the same line, instead of the single ticket.

This type of ticket is perfectly suitable for a trip where a passenger is required to run errands and even for a round trip, as it is valid in any direction.

Before the time-based tickets are phased in, the already well-known single ticket will be available in a digital form, which could be helpful too for a lot of passengers for their trip.

How to use the time-based tickets? 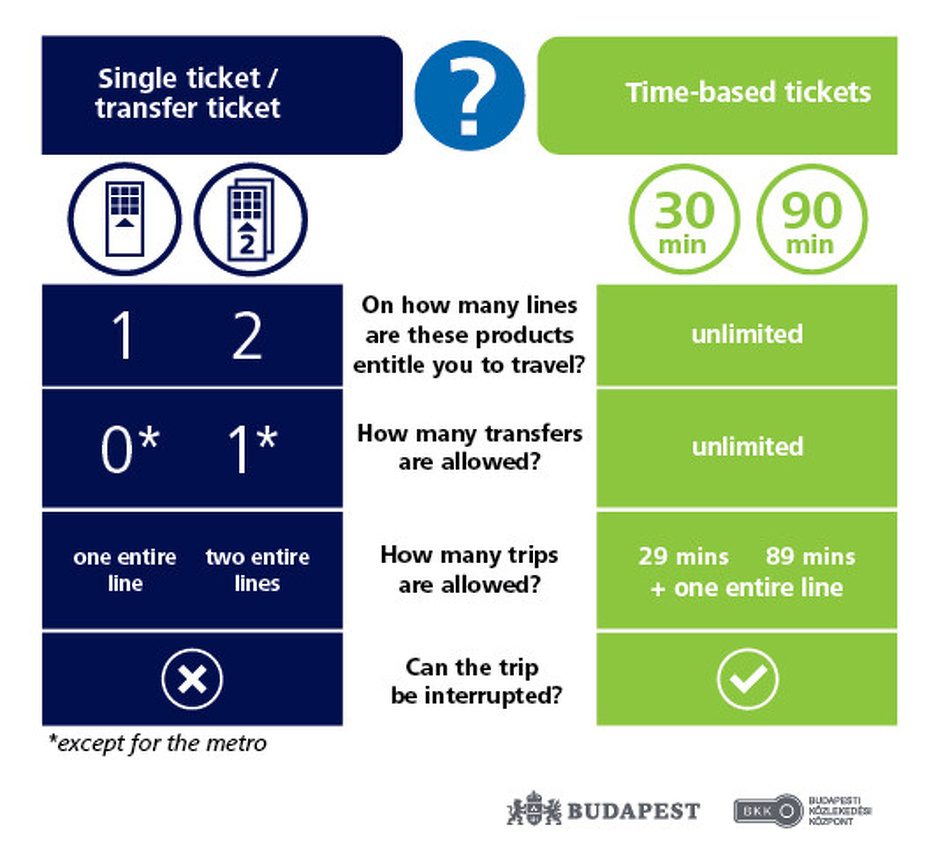